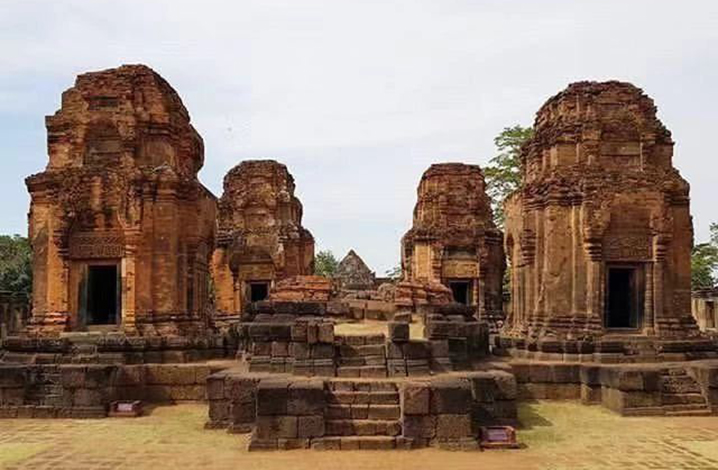 Phanom Rung Historical Park is at the top of the mountain. If you continue to drive along the mountain road, 8 kilometers of the downhill road can reach another well-preserved Angkor ruin: Prasat Muang Tam. Built in the late 10th century or the early 11th century, it combines two architectural styles of North & South Kleangs and Baphuon Temple. It is composed of five tower-shaped buildings, the tower is made of red brick, and the base is made of breccia.

Unlike other Khmer buildings, Prasat Muang Tam built four corner-shaped pools between the two floors of the enclosure, echoing the five pagodas of the temple, symbolizing Mount Sumida and the vast ocean in the center of the world. 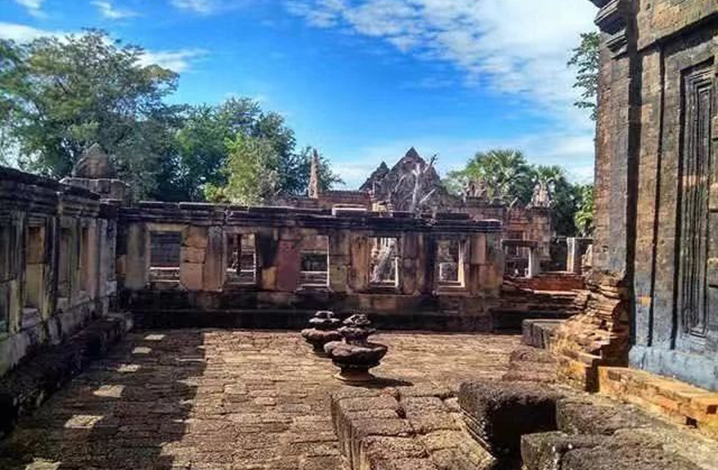 Follow the road to enter the inner wall, inside which stands five towers, symbolizing the five peaks of Mount Sumida, the residence of the Hindu gods. The central pagoda that is dedicated to the statue of Shiva is the most damaged. The other four pagodas are repaired and are relatively complete. Some of these monuments only have brick walls, but they are still very shocking. The mottled sunlight is scattered through the ancient windows, as if time and space were scattered in this temple. The changing light and shadow have startled the contemplative tourists and passed through a thousand years in a trance. Those years that have gone through the shift from star to star, and the wind and rain have eroded the city, while also giving it more attractive traces. The once glorious big country has long been drowned in historical changes.

To this day, people’s piety continues to depict the appearance of history on the stone. And after all this, the light of faith is like the warm flowers on this desolate stone brick, with a little more tolerance and timelessness.