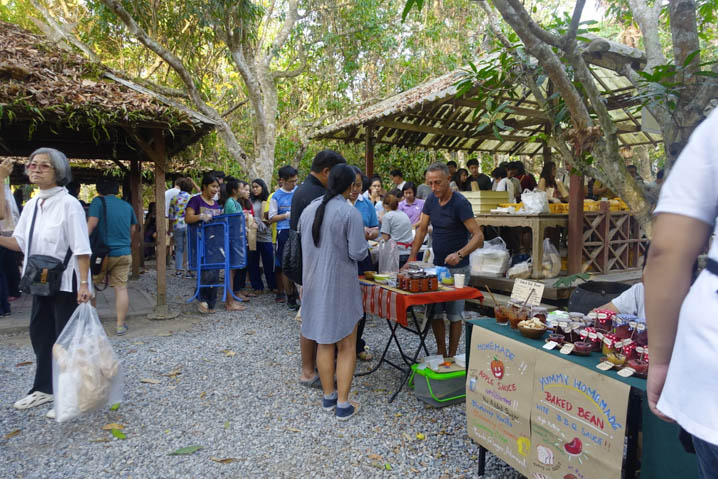 The bread market at the foot of Suthep Mountain is not a traditional market, but a bakery which is called Nana Jungle and it is opened in a small bamboo forest at the foot of Suthep Mountain, not far from the ancient city of Chiang Mai. The owner of Nana Jungle is a French couple who came to Chiang Mai to open a bakery for more than ten years, specializing in French bread.

Every Saturday morning, the shopkeeper will set up a stall as scheduled. The couple’s good craftsmanship attracts local people to buy bread. In addition to the common croissants and baguettes, there are also many ultra-authentic French pastries. This kind of taste makes people feel a little French weekend style in a tree-shaded suburban area outside the busy life. In the beginning, the couple set up a small French bread stall. Later, the popularity gradually gathered, attracting many local villagers to set up stalls and retail here, and gradually formed a certain scale of bread market effect.

Every Saturday morning, the small jungle looks like a bustling morning market. Not only are locals willing to go, there are of course many tourists from all over the world. The jungle is small and the market is exquisite. In order to avoid the influx of too many people at one time, the market has adopted measures to restrict the flow of admission by number. Start with capital letters A to Z, and after each capital letter is the number 1-100. If the number you get is B-7, then there are already 106 people in front of you. Although the opening time here is nine o’clock in the morning, if you are to go there, you need go there early, otherwise there will be a lot of people. Remember to get the number card, you can only enter the market to buy bread with the number card.